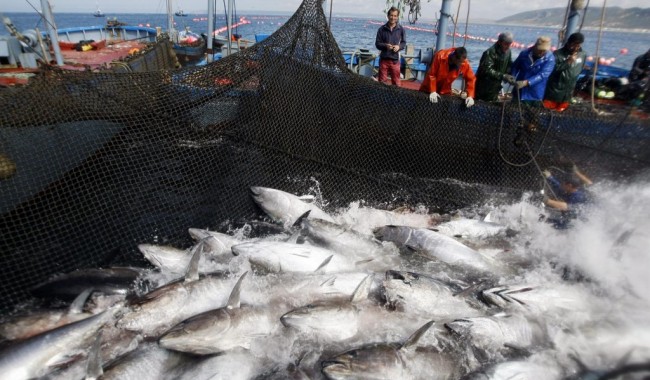 The first bluefin tuna have reached the port of La Albufera in Spain, yesterday morning.

When the first full moon of May aproaches, large bluefin from the cold Atlantic waters to the warmer Mediterranean migrate in order to reproduce. During this migration these large fish have to cross the Strait of Gibraltar, passing very close to the coast . In June they return back to the Atlantic Ocean.

Culinary Spain suggests “ The tuna culinary tour” to Barbate. There we enjoy the culinary week in May. It is wonderful to walk through the building of the “lonja”, the fresh fish market, which becomes the meeting point to enjoy master cooking classes, show cookings , tastings, seminars and product presentations…

One of the most impressive activities include boat tours to the traps , one of the techniques to catch tuna in use since Roman times: that is to install a maze of networks over the tuna.

Another interesting activity is to see the “Ronqueo”or tuna cutting process in which 24 parts are removed. You can have the opportunity to attend one in La Lonja, but if you miss it, some canning factories in the area offer tours almost during all year long.

The Tuna Museum also offers the possibility of attending the ronqueo in the months of May to July,. They seven organize cooking workshops , with either tuna or other seafood such as seaweed . It is a fantastic museum where we learn many things and where in addition , they offer a tasting at the end of some products they produced in their factory.

Of course , in this culinary trip we cannot miss a tasting menu of this delicious delicacy in all its versi 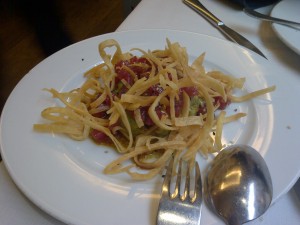 ons using its different parts as the belly , the tenderloin , the rubble , the roe, the tail … A restaurant that we love is the Campero restaurant.

And if you have no time or vacation to escape to this culinary tour, we suggest the Ponzano Restaurant in Madrid: they start next week offering its Tuna menú. Here ‘s an example of the tuna menú tasted last year :
Crumbs with extra virgin olive oil and Maldon salt 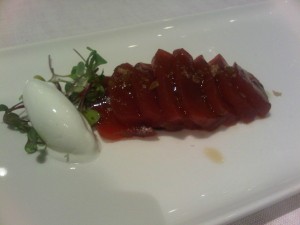 We are looking forward to welcoming you for great culinary experience¡